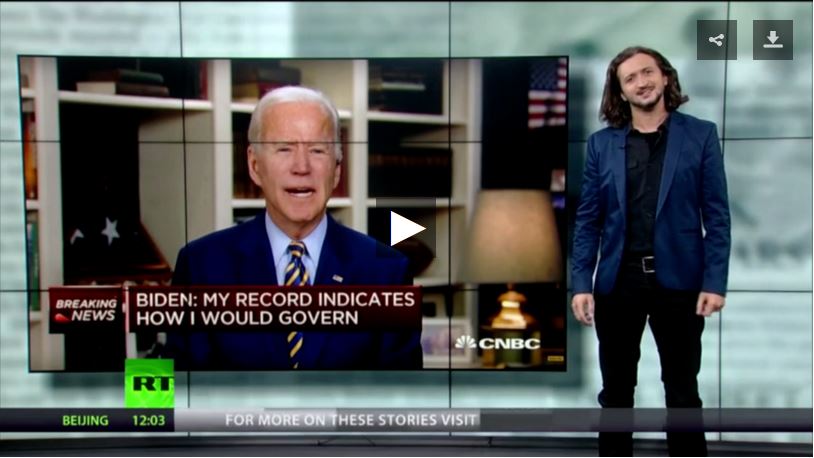 Joe Biden won the election. He is the president-elect. So now it’s time to start pushing back against his conservative agenda harder than ever before. Lee Camp opens the show this week with a focus on some of the most important issues that have defined Biden’s career as one of the most conservative members in Congress. Very little has changed in his 40-year career, so Camp provides viewers with a broad view of how and where we can expect a Biden administration to fail the American people. The Canadian military is taking a page from the US’ book and embracing propagandizing the public, Twitter’s suppression of voices supporting Bolivian democracy, & Biden building his right-wing cabinet. Naomi Karavani joins Camp from a secret Florida marijuana farm to discuss the variety of referendums from the last election and the big money the rich put into stopping progressive policies. The drug legalization and decriminalization wins contrasted with major losses for workers. Natalie McGill and Camp close out the show by getting deeper into the news: The Boeing 737 Max jets are coming back online after several crashes despite concerns from pilots, the war hawks on Biden’s transition team, and Trump’s wage freezes for the immigrant workers who harvest our food in the middle of a pandemic.