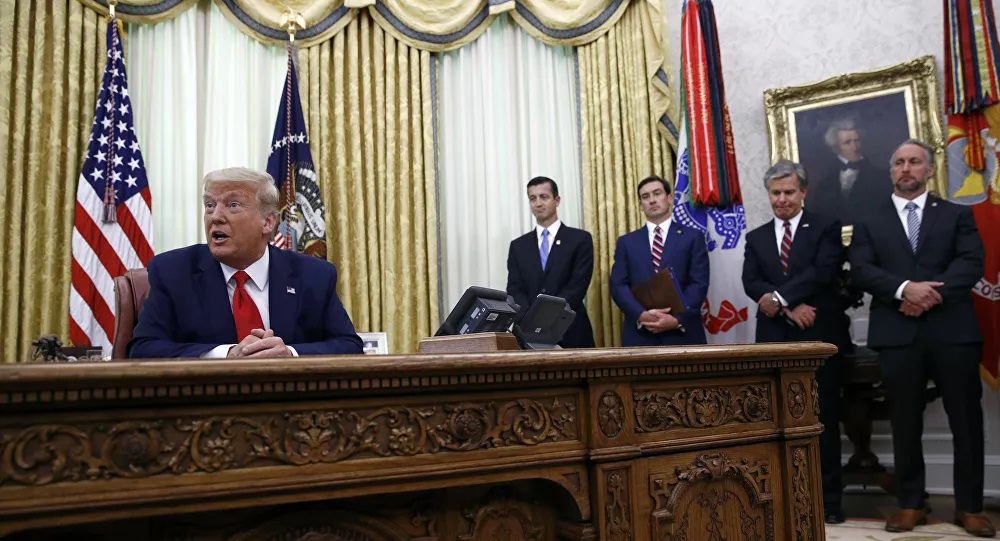 On Thursday, a senior Pentagon spokesman dismissed reporting by NBC News that Secretary of Defence Mark Esper was preparing to proactively resign from his post in the expectation that he would be one of the cabinet officials to be pushed out by President Trump in the coming weeks.

President Donald Trump is considering firing Secretary of Defence Esper, CIA director Gina Haspel and others, including FBI Director Christopher Wray, The Hill has reported, citing sources said to be familiar with the situation.