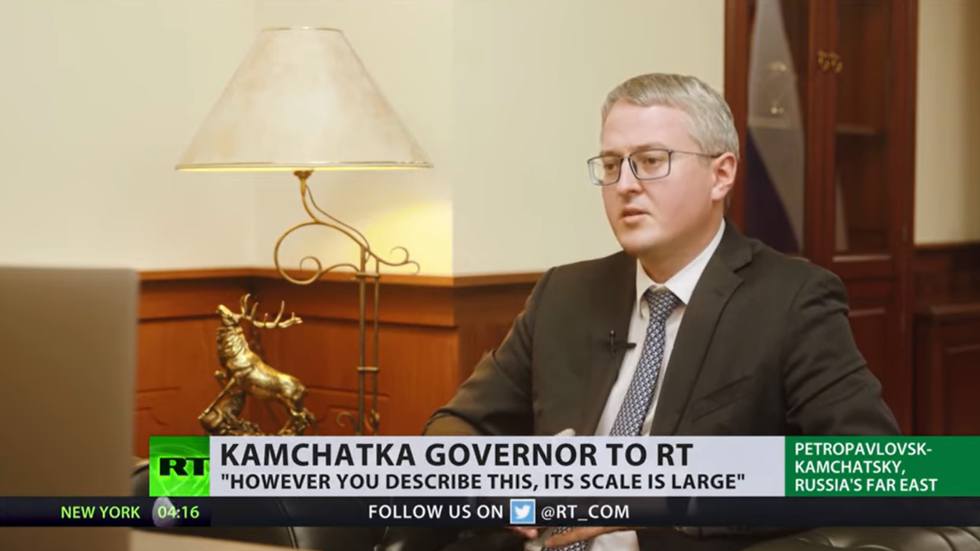 All environmental groups are welcome to participate in the investigation into the mass death of sea animals in Russia’s Far East, the regional governor told RT. He said that no evidence of pollution had been found so far, however.

Kamchatka Governor Vladimir Solodov told RT’s Maria Finoshina that authorities can now “say for sure” that the mass death of sea animals occurred because of the so-called red tide – a natural phenomenon that occurs when algal bloom leads to the depletion of oxygen in the water.