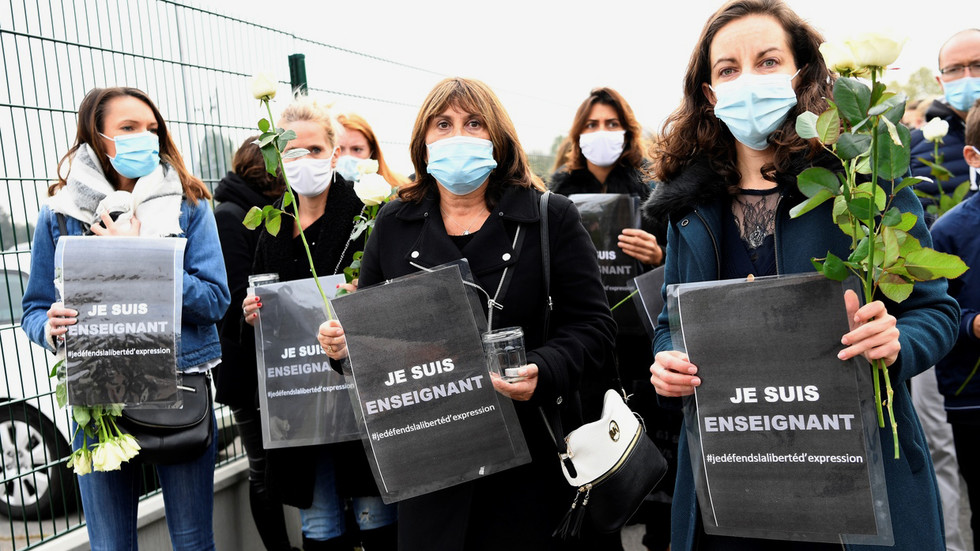 French teacher Samuel Paty, who was brutally murdered near Paris on Friday, had his private details exposed on social media last week, after a parent complained he’d shown “naked man” cartoons of the Prophet Mohammed in class.

The original complaint was reportedly lodged by the father of a 13-year-old girl who studied at the school in Conflans-Sainte-Honorine, where Paty taught history and geography. He said in a Facebook video that the teacher had, at some time earlier this month, shown the class a caricature of a “naked man,” stating it was the “Muslim prophet.”