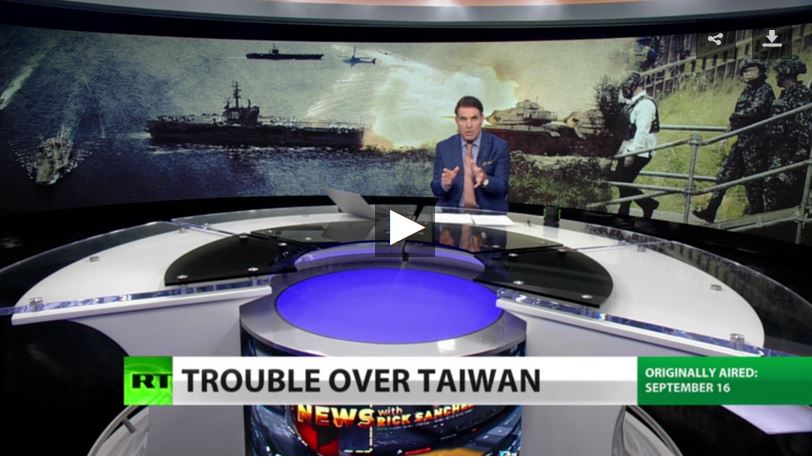 The US ban on TikTok and WeChat is set to take effect on Sunday, part of the increasing hostility between Washington and Beijing. US and Chinese forces alike are increasing their presence in the Pacific, and Republicans in Congress have introduced legislation to formally abolish Washington’s long-standing “One China” policy and grant diplomatic recognition to Taiwan. China does not recognize Taiwanese independence. Rick Sanchez examines the increasingly fraught relations between the US and China and the central role played by the question of Taiwan. Then Alex Mihailovich reports the details. Later, former UK MP George Galloway shares his analysis of the situation.