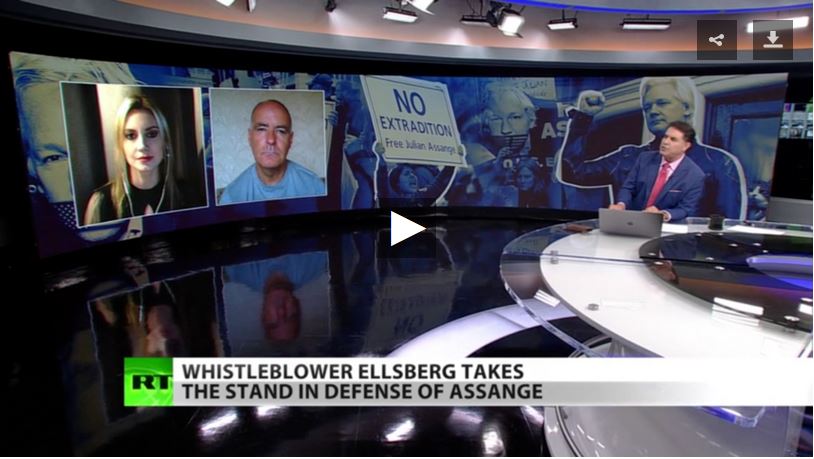 WikiLeaks co-founder Julian Assange is on trial in London fighting extradition to the US, where he faces up to 175 years in prison for violating the Espionage Act, conspiracy to commit computer intrusion, and other charges. Now, famous and influential whistleblower Daniel Ellsberg has taken the witness stand in support of Assange. RT America’s Alex Mihailovich reports. Then independent journalist Taylor Hudak and former Member of Scottish Parliament Tommy Sheridan weigh in.

Researchers in Australia have developed a “bionic eye” capable of restoring partial sight to blind. They hope the incredible breakthrough may eventually lead to curing patients of paralysis. RT America’s Natasha Sweatte has the details.