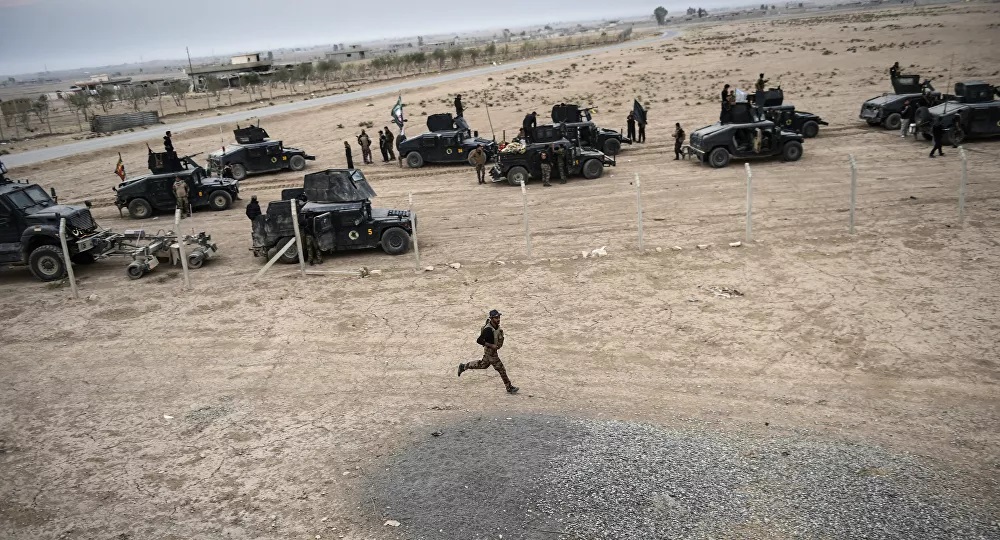 The Iraqi military, in cooperation with the US-led international coalition, has eliminated a senior leader of the Daesh* terror group, who was responsible for financing camps, in the western Al Anbar province, Iraq’s Security Media Cell, an official outlet providing information on the country’s security, said on Monday.

“The air forces of the international coalition in cooperation with the Iraqi forces’ counter-terrorism service made a landing in the town of Rutba in the Al Anbar province. [As a result of the operation,] a terrorist, who has been the major provider of finance for Daesh camps in Rutba, was killed”, the statement said.