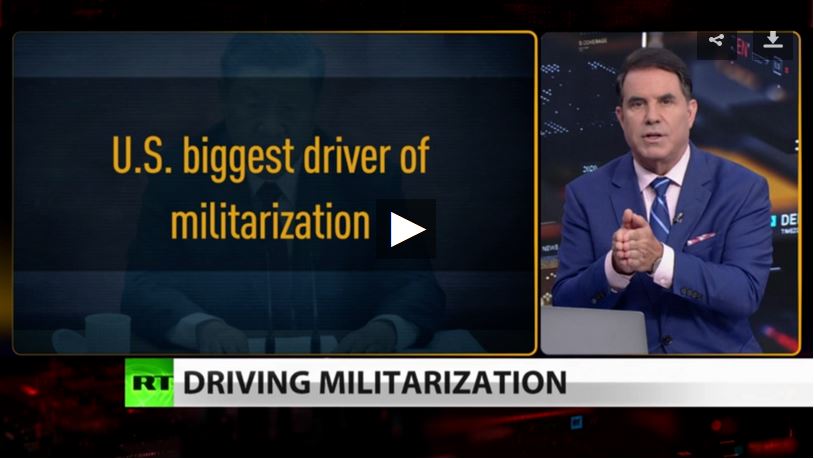 Beijing has accused Washington of driving militarization in the South China Sea. Meanwhile, India and Japan have entered into a military pact. What will be the geopolitical consequences? RT America’s Alex Mihailovich reports. Then Sourabh Gupta of the Institute for China-America Studies and former US diplomat Jim Jatras join Rick Sanchez to share their expertise.