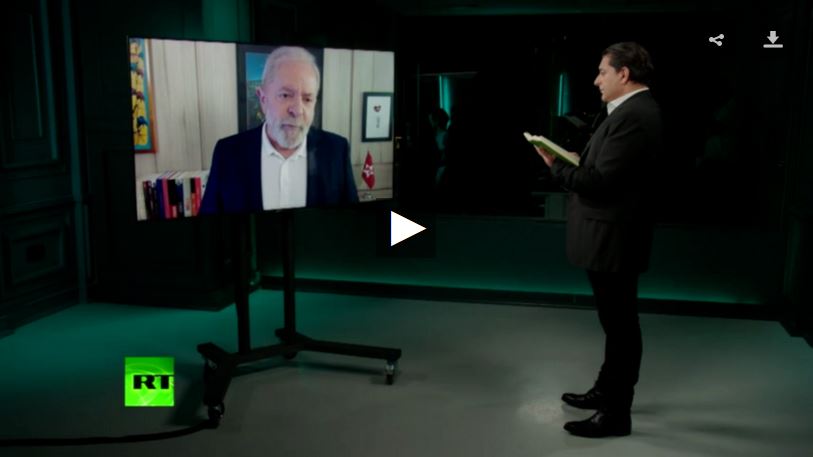 On this episode of Going Underground, we speak to former president of Brazil Lula da Silva, credited with lifting 20 million of his fellow Brazilians out of poverty and into education. He discusses the pandemic, slams the response of Brazil’s government, and reviews the role of Cuban doctors in the fight against coronavirus; ponders the reason why he’s no longer the president and Jair Bolsonaro is; explores the role of the US State Department, the CIA, and the US Department of Justice in removing the Workers’ Party (PT) from power and in the “coup” against Dilma Rousseff; talks about the alleged corruption of judge Sergio Moro and state prosecutor Deltan Dallagnol; looks back on the achievements of his administration in alleviating hunger, and its rise again; puts in context Brazil’s foreign policy on his watch and the US’ refusal to accept his nation as an international player; condemns the attempts to extradite Julian Assange to the United States and the oligarchic media structure in Brazil, and more.