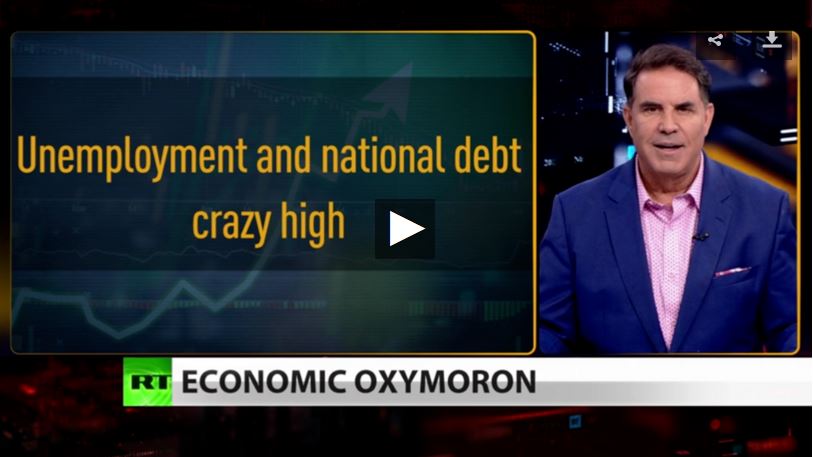 Unemployment stands at a staggering nine percent in the US. But when it comes to cars, homes and online consumption, Americans are spending like there’s no tomorrow. Banks are awash with money and stocks are through the roof. So are we in a recession or a boom? Renowned economist Prof. Richard Wolff joins Rick Sanchez to weigh in on the enigmatic US economy. He explains that practically “free money” from the Federal Reserve allows the rich to become richer “while the rest of us live with it.”

The reported flyover of three B-52 Stratofortress bombers over Eastern Ukraine came as a shock to US and Russian observers alike. But it wouldn’t be the first show of force by either country when it comes to air power. RT America’s John Huddy has the details.