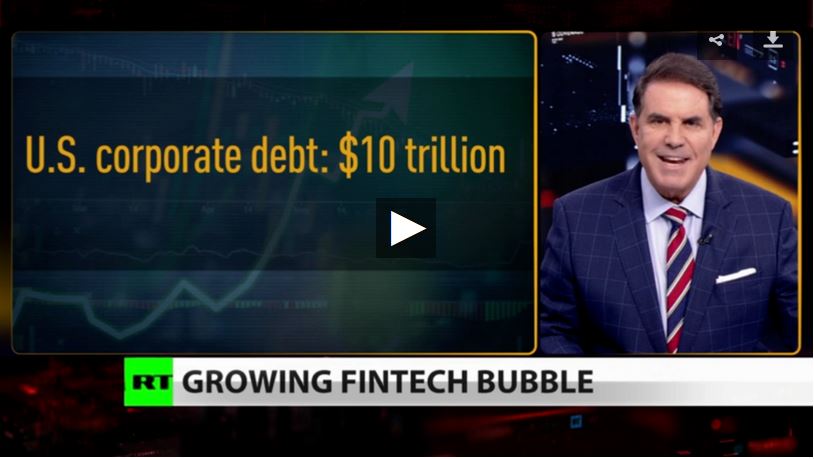 Washington’s public national debt now exceeds $26.6 trillion. It has grown to such heights that every US citizen is born owing $80,000. Meanwhile, our collective mortgage debt stands at $13 trillion, corporate debt is $10 trillion, student debt is more than $1 trillion and consumer debt exceeds $4.2 trillion. What’s worse, online lending at exorbitant rates is becoming much more frequent and the Trump administration is working to deregulate the process. Rick Sanchez explains. Then “Boom Bust” co-host and investigative journalist Ben Swann joins to discuss the surge in fintech personal loans. He says we should prepare for a massive wave of loan defaults in the coming months. Then Jeff Diest of the Mises Institute joins the discussion.

NBD has claims that it has completed a proof of concept for a perpetual battery powered by nuclear waste. RT America’s John Huddy reports. Then RT’s Charlotte Dubenskij reports on the unprecedented woes facing France’s wine industry due to the COVID-19 pandemic. The champagne industry says that social distancing is impossible due to the nature of the work, and seasonal workers are in peril. Plus, UK MP George Galloway joins Rick Sanchez to discuss the ongoing escalation of tension between India and China. As clashes continue in the Ladakh region, India has sent a warship to the South China Sea. Meanwhile, Vietnam is opposing China’s territorial claims to the region.