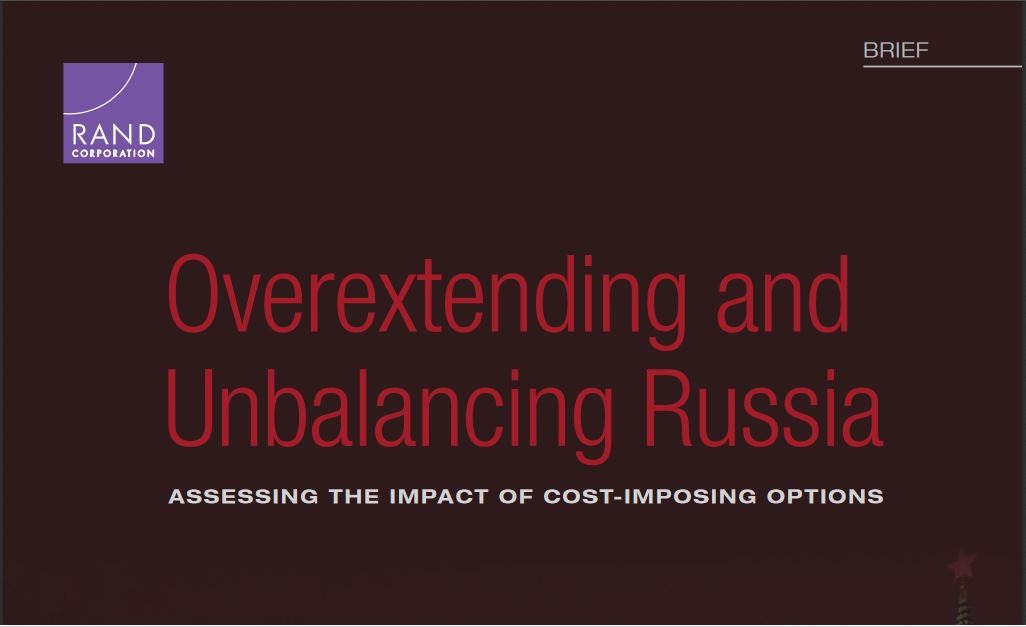 Force the adversary to expand recklessly in order to unbalance him, and then destroy him. This is not the description of a judo hold, but a plan against Russia elaborated by the Rand Corporation, the most influential think tank in the USA. With a staff of thousands of experts, Rand presents itself as the world’s most reliable source for Intelligence and political analysis for the leaders of the United States and their allies.

The Rand Corp prides itself on having contributed to the elaboration of the long-term strategy which enabled the United States to win the Cold War, by forcing the Soviet Union to consume its own economic resources in the strategic confrontation. It is this model which was the inspiration for the new plan, Overextending and Unbalancing Russia, published by Rand [1].