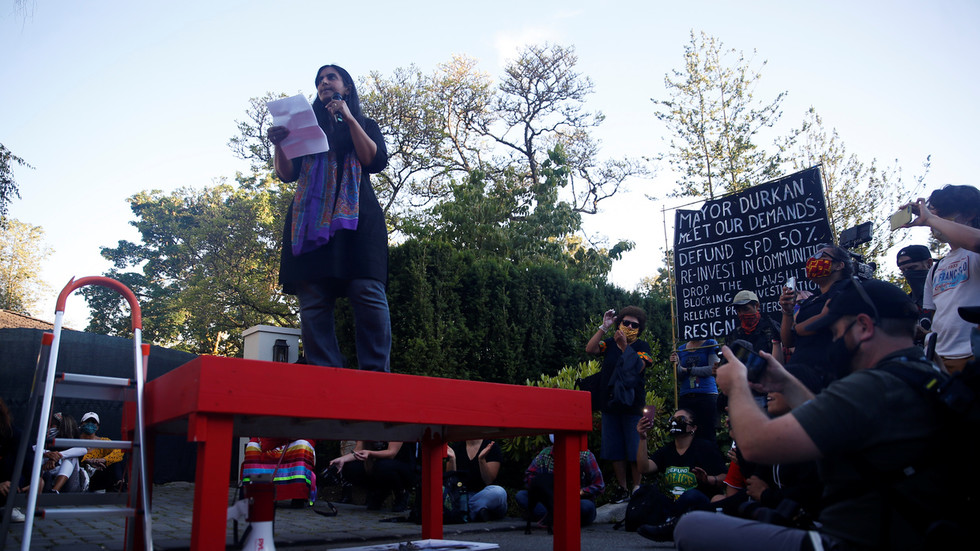 Seattle Mayor Jenny Durkan sent heavy machinery to remove concrete barricades around the CHOP ‘autonomous zone’ and called for a probe of a council member, after protesters showed up outside her residence.

Under the cover of rain on Tuesday, vehicles operated by city workers removed the barricades set up around the Capitol Hill Occupied Protest (CHOP, formerly known as CHAZ), an area spanning several blocks of downtown Seattle under control of protesters – including Black Lives Matter, Antifa and anarchists – since early June.