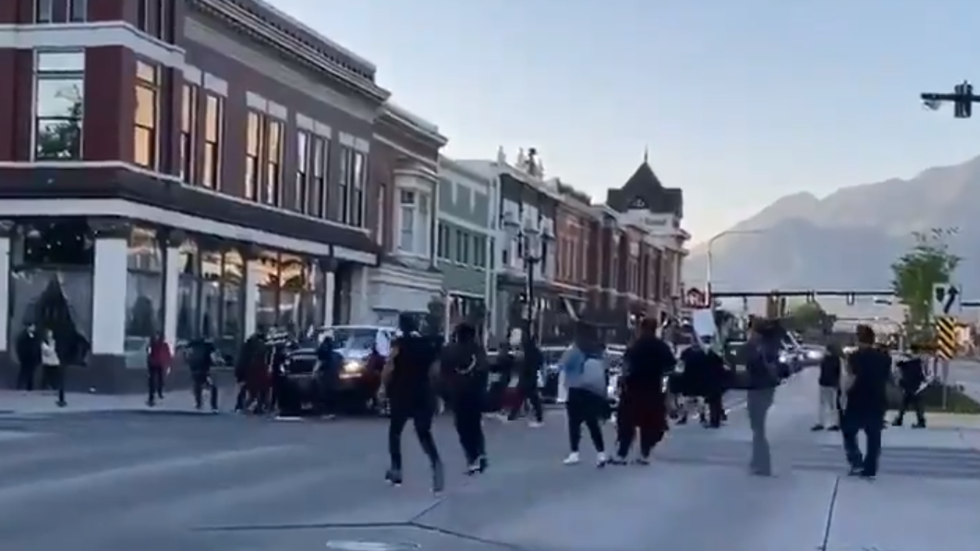 A Black Lives Matter rally turned violent in the city of Provo, Utah, when a protester fired in the window of a vehicle at point-blank range. The injured driver floored the gas and escaped, as the gunman fired at him again.

Footage captured on Monday night shows the driver of an SUV approaching a crowd of Black Lives Matter protesters, who swarm the vehicle as the driver attempts to make a right turn at an intersection. After a gunshot rings out, the driver pushes through the crowd and escapes along University Avenue at full speed.